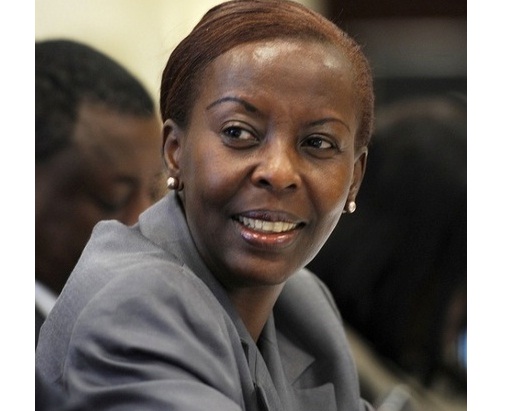 Louise MUSHIKIWABO is the Minister of Foreign Affairs and Cooperation of the Republic of Rwanda. She previously served as the Minister of Information in the Government of Rwanda. She is an author and public relations executive.  She lived in the United States for 22 years, then briefly in Tunisia, before joining the Rwandan Cabinet in March 2008.

She is the co-author of Rwanda Means the Universe (St. Martin’s Press, 2006) an intergenerational socio-historical memoir; and she has contributed many articles to newspapers and online magazines. She has given numerous televisions and radio talks on Rwandan issues, and collaborated on many award-winning documentary films.  She is also the recipient of the 2004 Outstanding Humanitarian Award from American University’s School of International Studies.

Ms. Mushikiwabo holds Languages and Interpretation degrees from the University of Delaware, USA.